In this post we discuss why reps and sets for injury rehab are not important and what you should focus on instead. 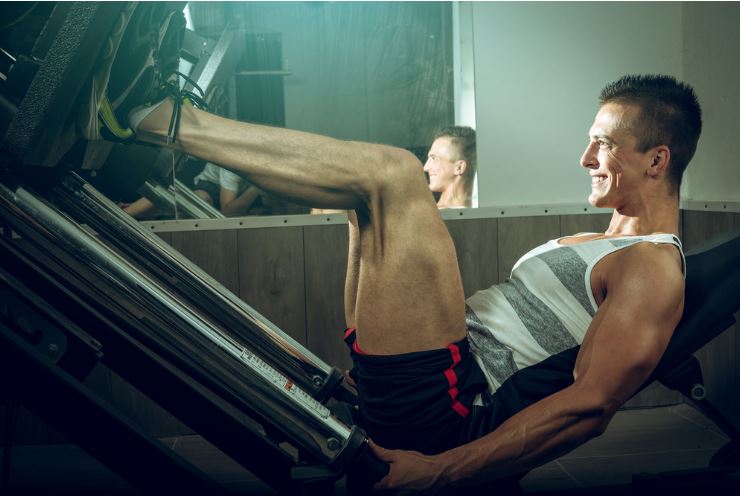 Don’t misunderstand me, details are important. Paying attention to the right details is more important however.

How many repetitions you complete of an exercise and how many sets you decide to perform should not be at the top of your list.

Here’s what to consider first.

Remember the Pirelli advertisement, power is nothing without control? In resistance training, control not only influences your results, it also minimises the chance of negative consequences.

Without this as a foundation, everything else becomes meaningless.

Control not only includes the joint or joints that are moving, but the others that aren’t, or at least shouldn’t be.

Preventing motion at the shoulder whilst performing a bicep curl for example, is just as important as controlling your elbow joint during the exercise.

You’ll know if you’re in control of the resistance if you’re able to stop in an instant at any point in the repetition range.

Allowing a resistance to take your joints into positions you can’t achieve under your own muscular control is unwise.

As with control, if your muscular system doesn’t own the range, you risk placing additional stress on the structures of your joints.

Measure what range of motion you have available before each exercise on any given day.

As I’ve written before, muscle compensation is one of the biggest confounders in injury rehab outcomes. It’s the reason why hamstring rehab programmes can have minimal effect on previously injured hamstrings after 8 weeks.

To guard against it, minimise the number of joints involved in the exercise and stay focused on the target muscles.

Just moving through a range of motion the target muscles are theoretically responsible for may not be enough.

The resistance profile of the exercise.

The weight you select for any given exercise is only half of the equation.

Torque is ultimately what your muscles are responding to and that’s a product of the resistance x the moment arm.

The moment arm is the distance between the axis of rotation (the joint) and the line of force. It’s illustrated in red below.

It’s why a squat is more difficult at the bottom and a dumbbell lateral raise gets progressively harder as the dumbbells reach shoulder height.

Muscles also have parts of their range where they are capable of producing more force than in others. Typically they’re stronger in their mid range position and weaker at either end.

In order to achieve an appropriate challenge to the target muscles throughout the repetition, the resistance profile of the exercise should match that of the working muscles as closely as possible.

Some resistance training machines are designed with this in mind. Others aren’t.

If you’re using free weights, they’ll only want to go one way, down. You may need to consider altering the effects of gravity by changing the position of your body to account for this.

The level of fatigue you achieve within a muscle seems to be important to optimise your results.

Studies suggest that the last few difficult repetitions, when the speed of movement slows down due to fatigue, are important for creating adaptation.

Those adaptations will be similar in terms of hypertrophy whether you complete 5 repetitions or 25, although you may achieve greater gains in strength with lower repetitions.

Additionally if you aim to complete 25 repetitions of an exercise, you will certainly start with a lighter weight in order to achieve that number.

It might however just be a more time consuming and painful way to achieve what could’ve been done with a heavier weight in 6 repetitions.

Most studies would suggest yes. Particularly if both sets are performed to the same level of fatigue.

When we talk about a particular number of repetitions, what we’re really trying to measure is the amount of time a muscle is working for. This is thought to be relevant because we may be biasing a particular energy system as a result.

Briefly we have 3 ways of generating energy for our muscles.

The table below shows the relative contribution of each energy system to athletic events. This will give you an idea of their respective capacity. 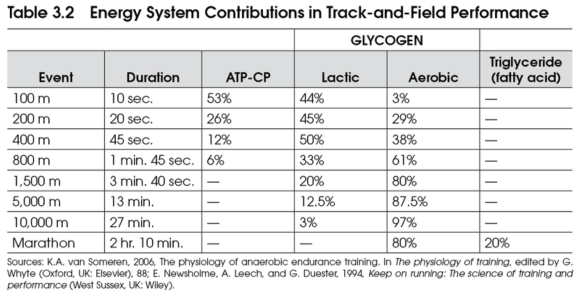 You can see that the amount of time the muscle is working will bias a particular energy system. As a result this may create adaptations that promote the efficiency of that system.

The question becomes what are you using resistance training for?

If it’s to recover from injury and get stronger, then energy systems need not be your focus. I would argue that even for return to sport goals, they are misleading.

If you’re training to return to marathon running for example, should you perform repetitions that promote aerobic system adaptations?

Your specific running training will accomplish that more effectively. Rather use resistance training to improve the strength of your muscular system.

One set done right is enough for most goals. This should be preceded by a warm up set to check your available range of motion on that day and assess for any issues.

A single set to fatigue has been shown to produce the same strength gains as 5 sets. The only additional benefit of increased volume seems to be further muscle hypertrophy.

The total amount of work the muscle is subjected to in any given week is a consideration.

If you are training 3 x per week then you may need to reduce the amount of work within each session when compared with training 1 x per week for example.

Also factor in other activities that you might be participating in and your general well being. Sleep in particular being of utmost relevance.

If you have pain or discomfort in a particular joint then your goal should be to create the maximum amount of muscular stimulation with the minimum amount of stress to the joint.

Movement may not even be tolerated or necessary to create an adaptation. Forget 12 or 15 repetitions, how about less than one?

Adaptations from resistance training exist on a spectrum. These will be influenced by everything we’ve discussed so far, as well as your individual genetics.

Counting reps and sets may offer structure to your workout and a sense of purpose. The evidence suggests these are the most arbitrary of markers however.

Use a resistance you can control within your active range of motion.

Where possible set each exercise up to match the strength profile of the target muscles.

Aim to achieve a level of fatigue in the target muscles without compromising your form.

Don’t concern yourself with tailoring your resistance training programme to the activity that you want to return to.