In this post we take a detailed look at why Tiger Woods has suffered so many injuries over his career. 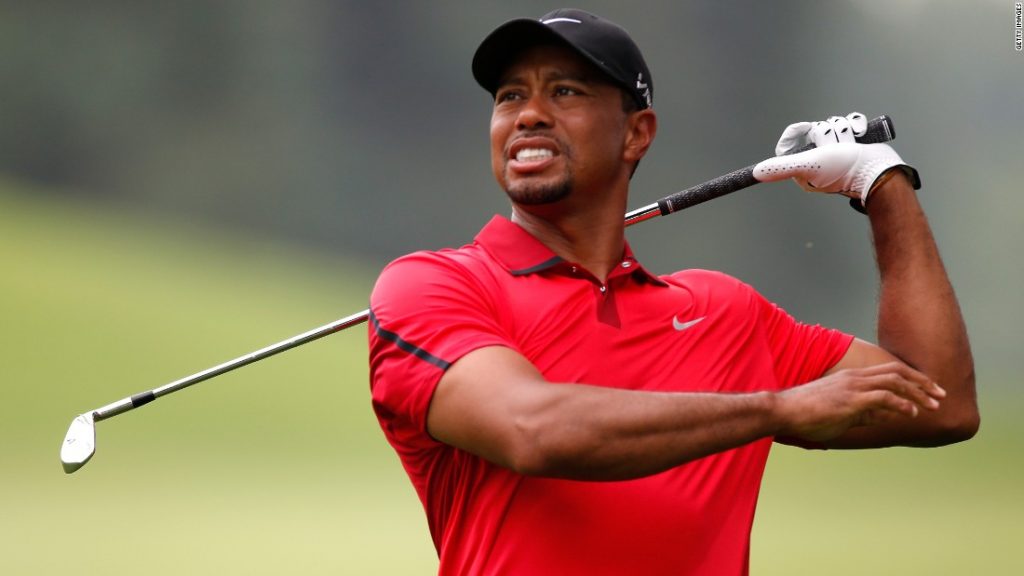 I’m no golfer. Anybody living near the first hole of the Val de Lobo course in Portugal will attest to that. I’m sure a signal went up to move inside whenever I came to tee off.

Whilst I abandoned playing golf rather quickly (much to everybody’s relief in Val de Lobo), I always enjoy working with golfers. Particularly as the golf swing itself very quickly finds out those who lack sufficient strength and mobility.

Nothing illustrates this point better than the injury saga of Tiger Woods who has again pulled out of a major tournament citing physical limitations.

What his case also illustrates perfectly is the sorry state of conventional injury rehab.

I presume an athlete of Tiger Wood’s calibre and resources has access to what generally would be described as ‘the best’. Look at what the best in conventional medicine produces however.

Since surgery on his left knee to remove fluid around his ACL in 2002 he has suffered the following.

April 2008 Surgery to repair cartilage in his left knee. He also reveals he has two stress fractures in his left tibia (!).

June 2008 Reconstructive surgery on the ACL in his left knee after playing through pain to claim the U.S Open title at Torrey Pines.

May 2010 Woods withdraws from The Players Championship citing a potential disc bulge in his neck.

April 2011 Reports a ‘minor’ injury to his left knee and Achilles’ tendon.

May 2011 Abandons The Players Championship after nine holes due to a sprain of the MCL ligament in his left knee and a strain to his Achilles’ tendon on the same side.

March 2012 Injures his left Achilles’ tendon with seven holes to play in the Cadillac Championship.

March 2014 Withdraws from the Honda Classic with lower back spasms.

April 2014 Reveals he recently had surgery for a pinched nerve in his back.

August 2014 Withdraws in the final round of the Bridgestone Invitational with lower back pain.

February 2016 Unable to complete the first round of the Farmer’s Insurance Open due to back pain. Explains that he was unable to keep his glutes ‘activated.’ ‘They don’t activate and then, hence, it goes into my lower back’ he comments afterwards.

September 2015 Announces he has undergone a second microdisectomy to remove a disc fragment that was pinching a nerve.

April 2016 Unable to compete in the Masters due to the present condition of his back.

September 2016 Announces he hopes to return in October.

October 2016 Withdraws from the Safeway Open citing doubts about his game.

February 2017 Withdraws from the Dubai Desert Classic before the start of the second round due to back spasms.

March 2017 Announces he is not tournament ready and will miss the Masters for the third time in four years.

Exhausted? Me too. Unbelievable right?

Anybody without experience of injury rehabilitation would think he’s either fragile or very unlucky. He’s neither. In fact his story is tragically familiar and usually goes something like this;

Sports person gets injured, receives treatment and gets back to their sport. Within a short time is injured again. Receives more invasive treatment this time, undergoes significant rehab, returns to sport. After a while is injured again but this time in a different place.

How unlucky is that? Could it be connected to the first injury? Of course not.

Sports person returns to sport, is going well and then.. yes you guessed it.

I don’t want to be the peanut gallery, offering opinions on an athlete I only have statistics on, but it’s obvious that a golfer with stress fractures in his tibia (lower leg) is not handling the forces that he’s placing through his body particularly well.

It’s also evident that the great majority of his issues are occuring on his left side (knee, tibia, ankle, elbow). This may be due to something unconnected to his golf (he had surgery on his left knee to remove a benign tumour in 1994 for example) but whatever the underlying causes are, they clearly haven’t been effectively addressed.

Just one injury dramatically increases your risk of future injury. In fact previous injury is the biggest risk factor of musculoskeletal injury anywhere in the body This hasn’t changed much over the last 10 years, despite advances in other areas of sports medicine.

When I heard Woods describe what he thought was the cause of his back issues at the Farmer’s Open in February 2015 I knew exactly where he was at with his rehab and how far that would get him.

Woods explained that his back issue stemmed from enduring multiple fog delays before the start of his round, and that he was unable to keep his glutes activated. “My glutes are just shutting off,” he said. “Then they don’t activate and then, hence, it goes into my lower back.”

Again I don’t want to get into specifics, but it is certain that with the injury history Woods had by 2015, his glutes “shutting off” was the least of his problems. If that was even happening at all.

We know that injury causes a number of changes to the muscular system, both in the immediate area and sometimes in places you don’t expect.

A problem with the conventional injury rehab approach is that it’s protocol driven.

What tends to happen is that practitioners end up fixating on particular muscles. This is because studies have found them to be weak in patients with similar ailments to the patient standing before them.

This is a huge flaw as no two patients will have arrived at their situation the same way. For any study to be relevant to Tiger Woods they would need to find 100 plus elite level golfers with his exact injury history.

Even then each player may have adapted to those injuries in a different way for different reasons. There are simply too many variables for a protocol to be effective.

In a sport like golf, where many joints are taken from one extreme range of motion to another, deficits in the muscular system are quickly illuminated.

Every injury has an impact on the muscular system. Unless specifically addressed, these weaknesses may leave an athlete prone to further injury.

The answer is to assess where these weaknesses are on each individual and programme the rehab accordingly.

This is the solution for Woods and every other athlete in his position. Instead they receive ever more invasive procedures in the hope that one more surgery will cure the problem.

Book a free consultation now and get a different perspective on your rehab.