In this post we look at the reasons why you keep getting injured and explain how to stop the cycle for good. 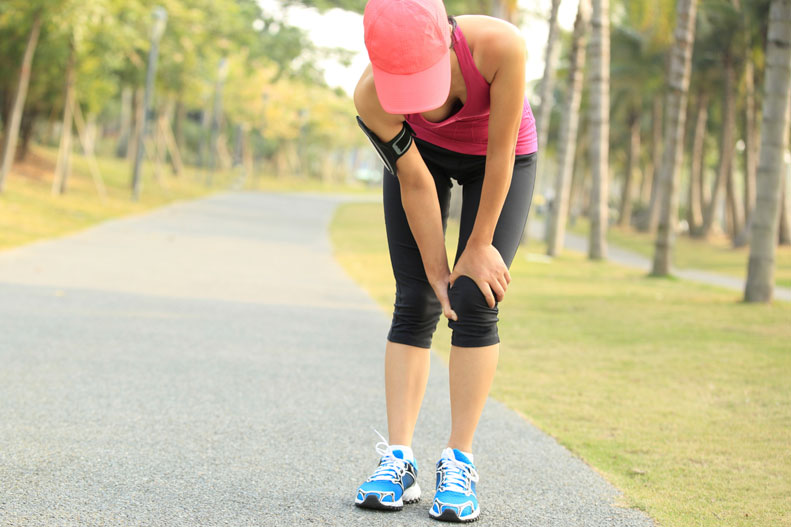 We’ve all been there. You’re feeling great, your training is going to plan and you’re looking forward to a good performance in your big event. Then seemingly out of nowhere another damn injury.

You curse your luck and think about what might have been and eventually face the reality of another slow and painful course of rehab.

The question you’re no doubt asking yourself is why do I keep getting injured?

Is this just an inevitable part of training, or is there something else going on?

I expect you’ve followed the advice of every well meaning health care professional you’ve spoken to.

You’ve been diligently stretching, foam rolling and sticking spiky balls where the sun doesn’t shine, but here you are again, injured.

So why do you keep breaking down?

Musculoskeletal (MSK) injuries are notoriously difficult to predict. The one thing the research seems to agree on however is that having suffered one, you dramatically increase your risk of suffering another one.

In fact in some cases you are twice as likely to suffer an injury in the future if you’ve had one before.

Yeah thanks I hear you say, but that doesn’t help me now!

But wait a minute, what that suggests is those previous injuries may be an important part of the puzzle.

The effect of previous injuries.

Let’s take a look at a real life example to illustrate this effect.

If you want to see the impact previous injuries can have, rugby players are an excellent place to start.

Meet Dominic, a former under 21 rugby international with a long list of injuries, as is common in this sport.

He originally came to see me for help with a knee injury that was proving difficult to rehab. His goal was to return to running without the pain in his knee that had become part of his life.

What became clear is that the lingering effects of two old injuries; a severe ankle sprain on the same side as his problematic knee, and an ACL rupture on the opposite knee, had likely scuppered every attempt to rehab his knee thus far.

Both had left the respective joints with significant restrictions that Dominic was having to work around every time he ran.

The effect of injury on the muscular system.

The immediate effect of injury is inhibition of the local muscles. Think how you instantly move differently when injury strikes.

Researchers have found injecting just 20ml of saline into the knee joint is enough to cause reflexive inhibition of the quadriceps.

It’s an incredible phenomenon and occurs in fractions of a second, all with the goal of keeping you safe.

Paradoxically, this inhibitory effect also seems to be the biggest confounder in injury rehab outcomes.

Muscles that have been inhibited don’t seem to magically start working again once the injury has healed. Even after significant periods of rehab in some cases.

The tell tale signs of these deficits are restrictions in range of motion.

Not ‘my hamstrings feel tight’ type restrictions. But measurable and specific differences between how far a joint moves on one side of your body compared to the other.

It’s these specific limitations that leave you vulnerable to future injury if they’re not addressed directly.

You have around 650 muscles so your brain has options to compensate around muscle weakness, to a point.

The issues usually arise when you start to run out of compensations. That’s why if you’ve had more injuries, you tend to have more issues. You become what is commonly known as injury prone.

It’s not that you were destined for this fate as the label suggests. It’s more the impact those injuries have had on your muscular system have not been fully resolved.

Read more about muscle compensation and its effect on injury rehab.

Why running injuries are so common.

If you’re a runner you’ll be more familiar with this cycle of injury than most.

This is due to the forces you’re asking your body to tolerate every time your foot hits the ground. These are upwards of two to three times your body weight with every stride.

Your body has an ingenious way of cushioning that force which is called pronation. It’s your built in suspension system.

It’s usually a breakdown somewhere in this series of motions that causes problems as you can’t effectively attenuate the forces involved.

As your body is an integrated system, restrictions in any one of these motions will naturally impact the others.

A lack of subtalar joint eversion for example, which is common in runners who have suffered ankle sprains, will impact every other joint in this chain of events.

That’s how an ankle sprain may eventually lead to knee, hip or back pain.

Learn how to assess your ability to pronate and improve it with this post.

I read a great analogy on the Noigroup site that likened our growth and development to that of trees. Never the same left and right and always adapting to the weather and seasons.

Your body is the product of the forces it has been subjected to over the years.

I used to play a lot of racquet sports for example. To this day if you put a racquet in my hand and ask me to get a ball, I’ll always lunge with my right leg forward.

It’s no surprise that even now I can usually split squat with a few extra pounds on my right side.

This is fine and normal unless…

I took up an activity that required me to lunge off my left leg. I would need to be a little careful how I began to do that.

Of course none of us are. Not even me. Especially when there’s a ball to chase or a game to win.

This doesn’t just apply to a new activity. Even subtle changes to how you participate in your current one can cause issues.

A change in volume, intensity, bike position, running shoes, or even racquet grip size, can overload muscles that have been accustomed to working in a particular way.

Trees adapt slowly and so do we, so don’t change anything too fast.

To muddy the water further, there’s also the potential impact of your general health to consider.

If you’re working 60 hours a week, under stress, not sleeping well and making poor food choices, is your training the problem?

One of the most important parts of the training / injury equation is what you’re doing when you’re not exercising.

Studies have shown a lack of sleep leads to higher injury rates in teenage athletes. They’ve also shown that chronic sleep deprivation impairs performance and may increase risk of illness.

Exercise is a stressor. You apply it to stimulate an adaptation which means the magic occurs after the event.

The conditions have to be right for this adaptation to occur. Without adequate rest and nutrition, training just becomes another form of stress that your body may be struggling to cope with.

Injuries are not random events with no discernible cause. Although the events that lead to them may not always be immediately obvious, a reason can usually be found.

I always go through the following process with my clients to ensure their last injury is in fact their final one. You can too.

1) Check for and begin to address range of motion restrictions.

What can’t you do on one side of your body that you can on the other?

Comparing the motions involved in pronation is a great place to start, especially if you’re a runner.

2) Incorporate strength training into your programme.

Start strength training. If you do it sensibly and with control, you’ll see improvements.

This study found strength training reduced sports injuries to less than 1/3 and overuse injuries by almost 50%.

Our guide will show you exactly how to set up and perform common lower body gym based exercises.

3) Monitor the effect a gradual return to training has on the muscular system.

Look for restrictions in range of motion, particularly when you return to your activity.

If you’re losing motion that’s a sign to back off your training.

4) Track sleep as an indicator of appropriate rest and recovery.

7-9 hours is ideal for most people. Use an Oura ring to gain more information if you think you would benefit.

5) Use blood tests to assess general health and nutritional status.

We use Thriva to assess for common vitamin deficiencies and general health markers.

Find out why and how to get moving with our FREE 21 page guide.

Visit How to Get Strong and Healthy Past 50 for more details.

How to use resistance training to recover from injury and improve your performance.