Wimbledon has drawn to a close and we must wait another year for our nightly dose of Boris Becker unpicking the days events in his fake German accent. Somebody told me he was actually German but I don’t believe that for a second. 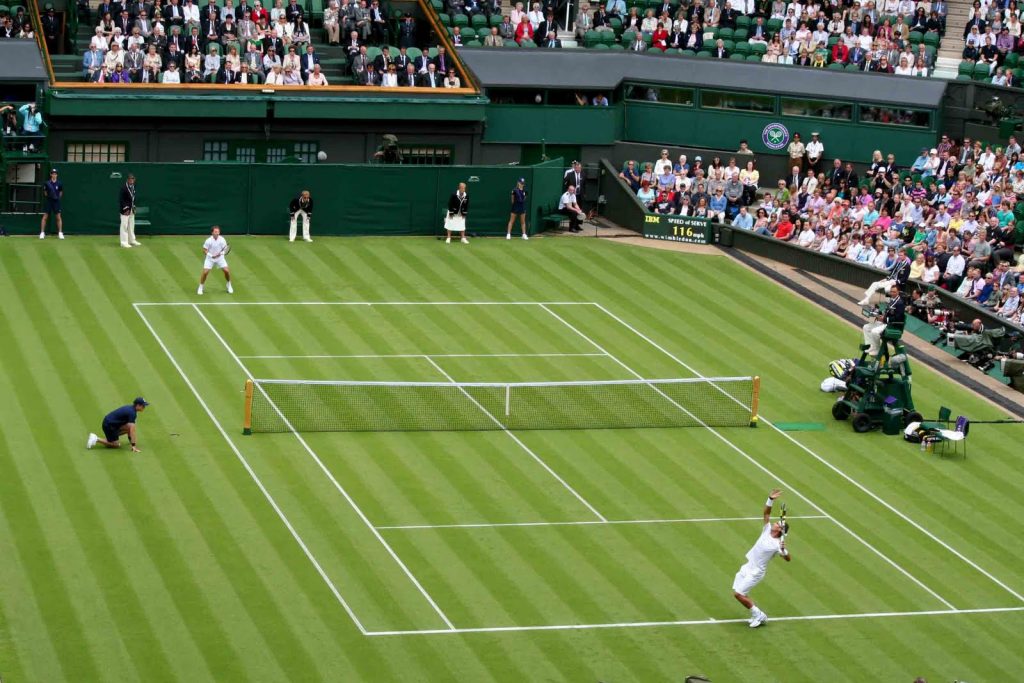 The story of the tournament was one of injuries and those who managed to avoid them.

The Sun newspaper ran a cover with Andy Murray’s dodgy hip encircled and white van drivers all over the land were encouraged to ‘give it a rub’.

Unbeknown to them, it may have been his best hope.

When I heard Murray was using nightly ice baths and an extended stretching regime I figured it was over.

Let me say straight away I have no idea precisely what’s wrong with Andy Murray’s hip. I do know however that ice baths and stretching won’t fix it.

We can use logic to work this out.

Firstly, what does an injury represent?

Any injury is a mismatch between the forces being applied to the body and the body’s ability to tolerate those forces.

Those forces might be applied acutely, such as being hit by a bus, or in Murray’s case, more chronically over time. Unless of course I missed the bus incident.

So the fundamental problem is that Murray is unable to tolerate the forces that are being applied to his hip.

By knowing what the nature of the problem is, we can test the validity of any solution.

Will extreme cold improve your ability to tolerate force?

Inflammation is after all a fundamental part of the healing process.

I have written frequently on the value or otherwise of stretching in injury rehab and exercise programmes more generally. Put simply, it doesn’t work.

Whist it’s very good at increasing range of motion, it does nothing to improve your body’s ability to tolerate force, which we know is the fundamental issue.

It may also prove counterproductive. Most studies show a muscle that’s just been stretched is weaker than one that hasn’t.

So now we know why the approach Murray was recommended to take was flawed, what might have improved his chances?

Put another way, how could he have improved his ability to tolerate those forces around his hip?

There is only one thing which we can directly influence that has the power to do that and that’s the muscular system.

The key is knowing exactly where to focus your attention to make improvements.

An athlete like Murray is not weak in a global sense but he will have isolated weaknesses, particularly if he’s experiencing pain.

These weaknesses won’t flag up on global tests of strength such as the deadlift or squat. The central nervous system (CNS) will simply programme movement around them.

What’s required is something more specific. Remember your answers will only be as good as the questions you’re asking.

Could for example Murray resist a force into adduction (inwards) when his hip is flexed, abducted and internally rotated? Now we are asking very specific questions that will inevitably provide us with better answers.

It’s testing in this way which will illuminate isolated muscle weakness and it’s these things that are at the very heart of a problem like Murray’s problematic hip.

It’s always disappointing to see a tournament influenced by who manages to stay healthy. We all want to see the finest players doing battle unhindered to find a worthy winner.

Federer seems to have found the solution by simply selecting to play in the tournaments that he’s most likely to win, thereby reducing the overall stress on his muscular system.

That’s one approach. The other would be to assess and optimise the function of the muscular system between games and tournaments.

Or of course you could just stick some ice on it and give it a stretch.