In this post we discuss why training like an Olympic athlete is probably not a good idea for the vast majority of people. 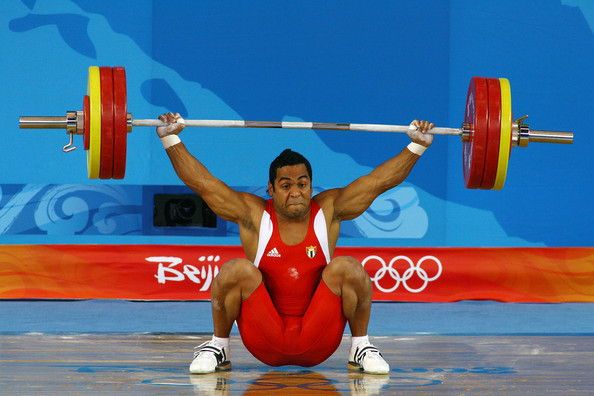 There’s a false connection often made in the exercise industry between elite athletes and the exercising public.

Let me ask you this however, is the main problem in society that people need to improve their vertical jump height? Or bench press their own body weight?

Training like an elite athlete will not benefit the general population.

On my travels I see people of middle age who can’t even get out of a tube seat without assistance.

Assessing their vertical jump height is not going to help when they probably can’t get themselves off a toilet proficiently.

These assessments and the training methodologies that seek to improve them, are beyond the capacity of 98% of the population.

Yet it’s these training methodologies that form the mainstay of personal training in many gyms.

Worse still is the growing popularity of Olympic weightlifting in exercise classes such as Crossfit.

How does picking up a weighted bar from the floor with speed help the average City worker? It doesn’t.

Some studies have shown Olympic weightlifting to be ineffective when compared to strength training machines and free weights.

Olympic weightlifting is a sport, getting good at it involves learning a skill. In doing so there’s a possibility you’ll get injured no matter how well you’re coached.

Train according to your individual goals and tolerance.

When you introduce speed to weightlifting, the forces that are being applied to your body increase exponentially.

In order to stimulate an adaptation however, your exposure to force should be closely matched to your current capabilities.

Anything outside of that becomes a risk. The greater the force applied, the greater the risk and the less likely you are to make progress.

For most people, including many elite athletes, the risks of this type of training greatly outway the benefits.

The wider impact of applying unsuitable training techniques is that when people get hurt, they decide exercise isn’t for them.

That’s a real shame and a missed opportunity.

If we are to address the major challenges that an aging population demands, we need to tailor training appropriately.

Elite sport doesn’t have anything to do with that. Just as Formula 1 doesn’t really bear much relevance to the car you use to get your shopping.

The vast majority of people are not elite athletes and training like one won’t help. The sooner the exercise industry wakes up to that fact the better.