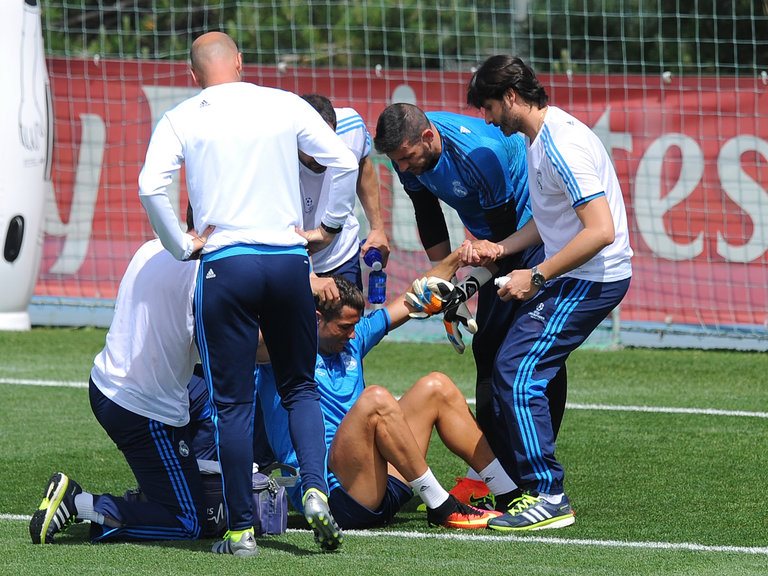 Reading The Sunday Times at the weekend I was struck by Graeme Souness’s assessment of Christiano Ronaldo’s recent injury problems. Putting it bluntly, as is Graeme’s way, he blamed his age. Ronaldo is 31.

I remember attending an after match dinner at Old Trafford in 2007. A friend of mine (a Spurs fan) said he would have a few choice words for Ronaldo when he came in to pick up his man of the match award. He thought twice when he saw the size of him.

There are some things that happen to our bodies as we age which are unavoidable. Rather like death and taxes, a steady decline in type 2 muscle fibres past the age of 40 is inevitable. These fibres are responsible for power and speed so it’s easy to see why athletes get slower with age.

An interesting study compared the statistics of 3 NBA star basketball players, Kareem Abdul-Jabbar, Charles Barkley and Michael Jordan. The results showed that whilst their skill level was unchanged as measured by their free throw (uncontested) points percentage, their points per game (contested) declined markedly from the age of 25.

This is extraordinary because there are no age related physiological changes that could explain this. The authors suggested that perhaps the decline was due to changes in fine motor control that are not detectable with gross assessments that involve many muscles and many joints.

Could these changes also explain why people like Ronaldo get injured more as they get older?

We know that overtraining, trauma, injury and inflammation can affect the communication between your central nervous system and your muscles. It’s this communication that is essential for motor control. It’s logical to think that the older an athlete is, the more likely they will have been exposed to these type of situations and the more likely they will be suffering from deficits in their neuromuscular system.

This has the potential not only to affect performance but also to increase the risk of injury.

This is exactly why we use Muscle Activation Techniques (MAT). It enables us to pinpoint exactly where these deficits are and gives us the tools to make immediate improvements.

We can’t stop the ageing process but we can certainly reduce the negative effect that sport and life in general can have on your muscular system.