In this post I discuss why resistance training will change your life and how I came to this conclusion midway through my career. 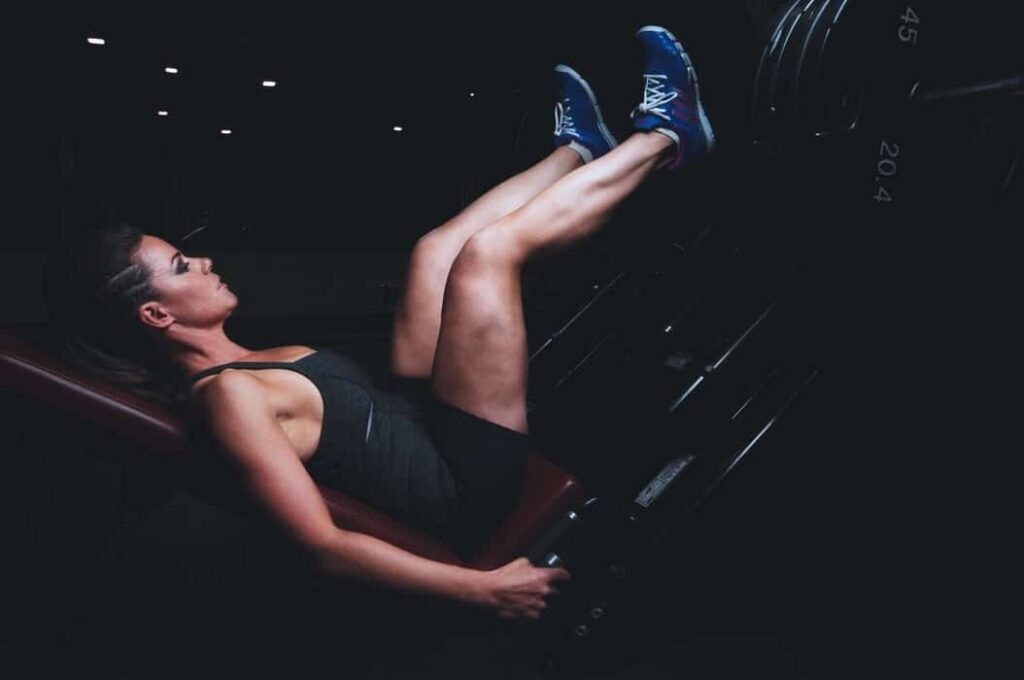 I left university following an exercise science degree and kind of fell into personal training.

I’d come from a cycle racing background, back when it was quite unusual to see a grown man in Lycra. Training others seemed like a natural progression.

I remember my first client well, a Cypriot business man with a girlfriend, an Aston Martin and a wife.

His goal was to be able to run. His issue was a calf problem that left him unable to walk further than 200m without pain.

The more people I worked with, the more it became apparent that pretty much everybody had something going on. A tight shoulder, back pain, a dodgy knee.

Not only that, it seemed to me that exercise could either help or make matters worse. And I had no way of knowing which way it was going to go.

With that in my mind I set myself this goal;

To be able to help anybody that walked into the gym, no matter where their starting point was.

I spent time with physios, osteopaths and even surgeons. Pretty much anybody that came into contact with people who had ‘stuff going on’ and had a method of helping them.

The more information I collected the better my results became. Soon I was closely linked to a well regarded physiotherapy practice in south west London and responsible for returning many of their patients back to exercise.

Life was good. I was mid way through a MSc in sports injury rehabilitation and I felt like I had most, if not all of the answers.

Of course it’s usually when you think you have the answers, that you encounter a problem that demonstrates you don’t.

For me that problem was called Jenny.

Jenny was a high flying corporate executive who’d had the misfortune to require a complete hip replacement in her late thirties.

We’ll return to the potential reasons for this in a bit.

I was given the task of progressing her back to her main love which was tennis. I was confident. What could go wrong?

Yep you guessed it, pretty much everything.

Following her operation things initially went well. After a couple of weeks however Jenny started to develop pain around her knee on the same side as her new hip.

She was diagnosed with ITB friction syndrome by the team that had dealt with her early care at the hospital.

She could barely walk to the end of the street without knee pain.

What was worse is that despite treating plenty of these injuries before, nothing I did made any difference. Likewise the physios at the hospital were stumped.

After 6 months and around 60 sessions of treatment they came to the conclusion that the only way forward was to brace her knee.

I could tell by Jenny’s face (and colourful language), that wasn’t going to happen.

During this time I’d been researching other approaches, not least because I was a little shaken by the fact I didn’t know everything.

I’d met with a guy who’d been the first person in the UK to fly to the US and train in something called Muscle Activation Techniques (MAT).

Some of the principals resonated with me. In particular that muscle tightness was secondary to muscle weakness,

I’d been stretching Jenny for months but the tightness always returned. It also seemed to me that Jenny’s issue was weakness, but I had no way of assessing precisely where that weakness was.

I decided to try a few sessions for myself to help gain a better understanding of the process.

I had some lingering aches and pains from my cycling career. A tight hamstring that would bother me on long runs for example and occasional back pain.

After 3 or 4 sessions there were noticeable changes. I could run for longer without issues and not only that, I was learning things about my body that nobody else had been able to tell me.

Presumptions can lead to errors.

My experience with MAT was enough for me to refer Jenny.

After 15 sessions she was out of pain, which was quite remarkable given the circumstances.

Perhaps even more remarkable was that the majority of Jenny’s weaknesses were not around her new hip, as everybody had presumed.

They were on her other side.

Was this perhaps the reason why one hip had been so irrevocably damaged over the years?

We’ll never know of course, but it was certainly a possibility.

What I can tell you is that 12 months later, following a resistance training programme that targeted those weaknesses, she was back playing tennis again.

The point of this story.

So what’s my point here?

That Muscle Activation Techniques is the answer to the world’s physical issues?

Not exactly. I studied MAT and became certified back in 2012. It’s certainly an integral part of my process but the bigger picture is more profound.

It’s that your muscular system holds the key to so much more than you might think.

It plays a role in the long term health of your joints for example.

It’s also crucial to both preventing injury and recovering from it.

But perhaps most importantly, it enables you to do the things you enjoy in life without issues.

Whether that’s playing your favourite sport, or just feeling stronger and more robust.

I work with a wide variety of people, from athletes who keep breaking down, to grandparents who want to pick up their grandchildren without back pain.

What they all have in common is a mismatch between what their muscular system is currently capable of tolerating, and what they’re asking it to do.

The solution is to close that gap. A bespoke resistance training programme is the most effective way to do this.

I don’t have all the answers. I won’t make that mistake again.

My message to you is that improving the function of your muscular system will have a profound impact on your life.

Fewer aches and pains, less restrictions and limitations, and the freedom to go out and do the things you enjoy.