In this post we discuss how careful use of resistance training can reduce hip pain and improve walking using our client David as a case study. 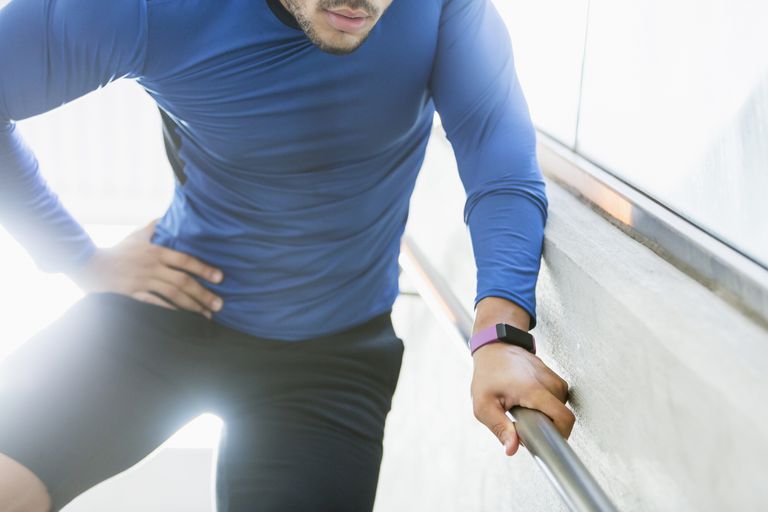 David had been suffering from worsening hip pain for 5 years. This despite seeing various osteopaths and physiotherapists. A former elite level swimmer, he was frustrated that even walking was now causing him issues.

I remember our first conversation well and this quote in particular, ‘the exercises I’ve been given seem to make things worse rather than better. I do them and then I’m in pain for the next 3 or 4 days.’

We discussed my process and how it would address weakness in his muscular system but would not repair any joint damage that may exist. David said he wanted to give it a go.

That was nearly two years ago.

Over that time the pain around David’s hip has slowly receded and with that his capacity to walk longer distances has improved.

Yesterday I watched him walk out of the gym for the first time without a limp.

In this job that’s like scoring the winning goal in the World Cup final.

So how did we get to this position?

At the heart of these improvements has been David’s ownership of his issue and his desire to understand exactly what we’re trying to achieve at every stage. Clients with this approach generally enjoy better outcomes.

That said, you still need to apply the correct information.

When I asked David to describe his current exercise programme and in particular the exercises that seemed to cause him issues, his lack of progress made complete sense.

Each exercise required motion that he did not currently posses. Chief amongst them was a squat.

David had about 45 degrees of active hip flexion (enough to get you up a shallow step) and could not rotate his hip inwards at all.

His opposite knee was limited in both flexion and extension.

Squatting for David represented something akin to the Cirque du Soleil. It was certainly not doing him any good.

In the field of exercise and injury rehabilitation, there’s a belief that there are gold standard exercises everybody should be using. The squat is usually top of the list.

Of course in reality there is no should, only what is.

If you don’t have the available range of motion for a particular exercise, then it’s not going to help you.

Pushing joints into positions your muscular system can’t control will not produce a favourable outcome. You will likely feel worse after exercise rather than better.

Start by assessing what active motion you have available at individual joints. Seek to improve that before progressing to multi joint exercises when or even if appropriate.

In David’s case we first addressed limits at his opposite knee and ankle before we began work on his hip.

A squat still isn’t appropriate but that hasn’t impacted his results in any way.

Respect the decisions of your central nervous system (CNS).

I remember a lecture I attended some years back where the professor summed up the issues with many current injury rehabilitation approaches, ‘essentially we are using carpentry to fix an electrical problem.’

Joint mobilisations, foam rolling, high velocity low amplitude adjustments, spikey balls, trigger pointing and aggressive stretching and massage all share a common concept; that the issue is a physical barrier within the body that requires releasing with an external force.

In some cases this may be true but is this the best place to start?

It’s rather like storming a plane to release the hostages without attempting to first negotiate with the hostage takers. It may be appealing as a quick fix but what is the long term cost?

A more sustainable approach is to explore whether those limits in range of motion are related to weakness in the muscular system.

In David’s case he had weakness in his hip flexors, adductors and abductors on his problematic hip. Was it surprising therefore that his hip was limited in all these directions?

I used low intensity isometrics as a starting point to increase range of motion and build muscular control around David’s hip.

Isometrics have the added advantage of keeping stress to the joint at a minimum.

You can’t treat an injury better.

Two years might seem like a long time to be working on a specific issue, but in the context of training, it really isn’t very long at all.

Whilst you can gain valuable information on the treatment table and make short term changes, to improve your capacity to do the things you enjoy, you need to use resistance training.

Resistance training is a skill that needs to be learned and this takes time. Especially if you’re using it to recover from pain and injury.

Once you can execute the exercises well enough to stress the target muscles, your results will be subject to biological processes that take time to manifest. They also depend on where your starting point is.

David would probably be the first to say he was surprised how weak some areas of his body had become. This despite being active and his background in elite sport.

Learning how to train around all your idiosyncrasies is a game changer. Not only that, you’ll have that information for life.

A final word from David..

‘The big change for me was when I realised I could take control of some or all of these issues and do something about them. I think I called it empowering at the time. I believe that is one of, if not the, most powerful human driver – to have control over your own destiny. In this case to not be in pain.’