Cheating is one of the most fascinating observations to behold in any gym. It’s also the reason why your results are not what they could be. 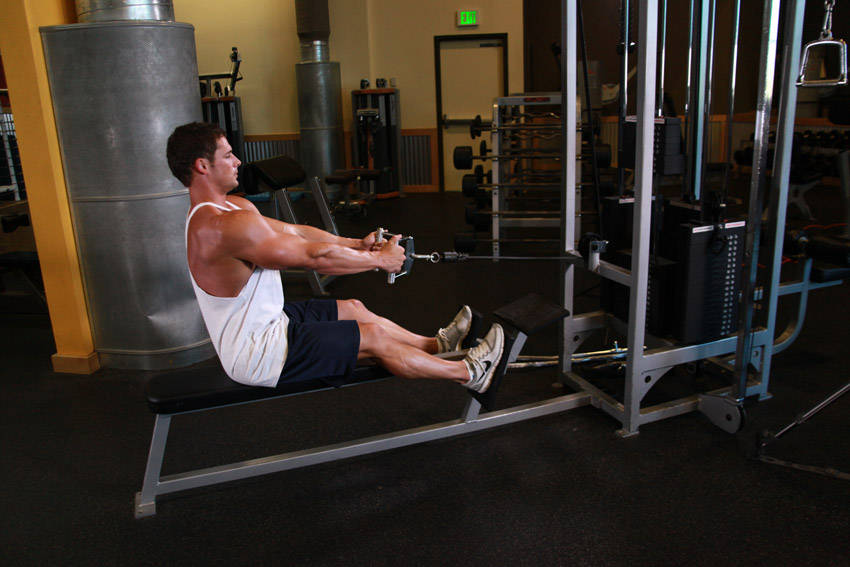 Cheating is your brain’s way of accomplishing the exercise challenge you’ve set it in the least stressful way possible.

It’s also an indication that the challenge may be too great and / or the particular exercise is a poor match to the mechanics of your body.

The fascinating part is that most of us will cheat in the same way on the same exercises as our brains are solving an identical physics problem.

Let’s take a look at a classic example to illustrate my point.

The seated or low row.

This exercise has an inherent problem, the closer the bar or handles get to you, the more difficult the exercise becomes.

Some machine manufacturers will account for this by adding a cam, most do not however.

If you’ve read my previous post on strength training machines, you’ll know that the shorter a muscle gets, the weaker it becomes. Both from a mechanical standpoint and a neurological one.

So here you have an exercise that is precisely the wrong way around for your body.

So how do most people get around this?

They launch the weight with such velocity that it gets them past the difficult point to the end range of the exercise.

This has a number of implications. The first is that there is a significant part of the exercise where there is little if any training effect to the target muscles.

That’s a problem if the goal of the exercise is to get those muscles stronger.

The second and perhaps more important consequence is that when you add speed to an exercise, the forces you are dealing with rise significantly.

The next time you’re in a gym pick up a light medicine ball. Toss it up and try to catch it. The higher you toss it, the heavier it feels when you try to catch it right? This is an example of inertia, or an objects resistance to any change in its state of motion.

It’s these large spikes in force that have the potential to cause injury.

So how can we reduce both cheating and the need to do it?

Firstly slow down. You’ll be surprised how much harder any strength training exercise becomes when you reduce the repetition speed. That’s because the muscles you are attempting to strengthen are doing more of the work.

Secondly, start to recognise exercises where you’re unable to reach your available range of motion because the challenge becomes too great in the target muscle’s shortened range.

Try other machines in the gym that accomplish the same task, or make small adjustments to the exercise to see if it feels any different. For example, adding a little height to the cable in a cable row will reduce the end range challenge significantly.